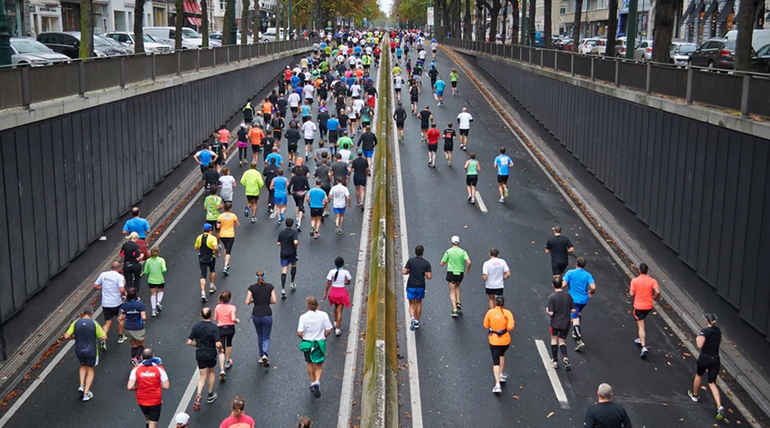 Time and again, many scientific types of research have confirmed the benefits of running. One more such study published in the Journal of the American College of Cardiology confirms that running a marathon makes people younger by four years.

Dr. Charlotte Manisty, the lead researcher of the published study, says that within six months, blood vessels aging can be reversed by real-world exercises. The marathon timings of the healthy participants of the study with a broad age range confirm it is also achievable in novice participants.

The researchers of the published study were from the University College London and Barts Health NHS Trust. They followed 138 healthy participants who ran for the first time in the London marathon in 2016 or 2017. They were only running for fewer than two hours a week before starting training for the marathon. The training was a beginner plan with three runs a week.

The researchers found significant improvements in all their blood pressure and arterial stiffness after six months of training. The systolic and diastolic blood pressure of the participants dropped on an average by four mmHg and 3mmHg, respectively. There was also an increase in their arterial flexibility by nine percent.

The arteries with age stiffen and cause damage to blood vessels. It is one of the significant key predictors for heart and circulatory problems in the later stage of life. The study's main finding is that exercises like marathon running could reverse the damage and along with reducing the risk of heart attacks and strokes.

In a December study published in the British Journal of Sports Medicine confirmed that running for only 50 minutes a week could reduce premature death by 27 %. Now, this British study confirms that three runs a week could reverse the artillery damage for the free flow of blood to be younger by four years. Running even as slow as 5 km per hour can save people a lot of suffering, both physically and financially, in their life.